October is the treasurer of the year,
And all the months pay bounty to her store;
The fields and orchards still their tribute bear,
And fill her brimming coffers more and more.
But she, with youthful lavishness,
Spends all her wealth in gaudy dress,
And decks herself in garments bold
Of scarlet, purple, red, and gold.                             P. Laurence Dunbar

My addition to the poem, without a plug for my poetry, is that at least through October I will not be involved in any book-selling events…as far as I know. Instead, my husband and I will be celebrating a bit early our 50th anniversary (We were married in December) by walking through mountains of colored leaves in Stowe, Vt., revisiting historic towns in Massachusettes, watching Atlantic ocean waves along some parts of the east coast,  and maybe eating too much and sleeping too late.

Sometime in October, I’d like to get some family photos in an apple orchard.

Then we will celebrate Halloween, probably eating the candy we buy for tricksters who hardly up at our house.

Tomorrow is my last event, and it has been a happy and prosperous season.  The Minnesota Main Street Women series is getting known, and many are waiting for #3 in the series.  I will be working on that as well to get it ready for publication. 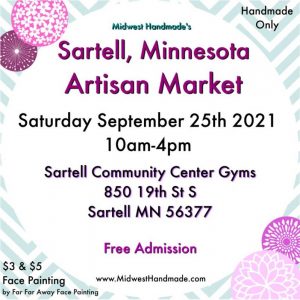 Hope to see you in Sartell at the new Community Center.