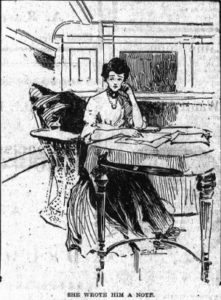 As I continue to research my next novel in the series Minnesota Main Street Women and attend various selling and signing events for my previous books, I think of how to answer those who do not know that the historic village of Clearwater, Minnesota, began beyond Nelson Brothers, below the hill,  and tucked under the Highway 24 bridge many  people travel to get from Clear Lake,  to Annandale, or Interstate 94.  Would a brown historic sign on the Interstate help those interested to know more about this quaint town? 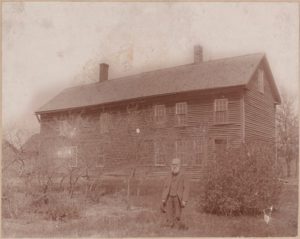 Even when people know that Ole Man River rolls by this lovely village, they probably don’t know the history surrounding the area. Many are surprised that Simon Stevens, one of the founders of Clearwater, was a younger brother to Minneapolis founder Colonel John Harrington Stevens.  Of course, the name John Harrington Stevens isn’t just on the tip of their tongues either.  Both were mover-shakers-promoters in Minnesota, seeing the potential of milling around bodies of water like the Mississippi and Lake Minnetonka. Nothing remains of his house, but history and maps tell us he settled on section 1, somewhere near the Plastic Plant and the Lyons’ Club, off County Road 75. Here is another tidbit: 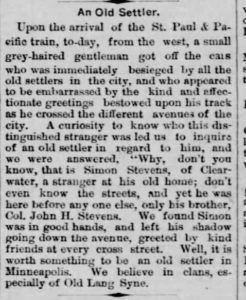 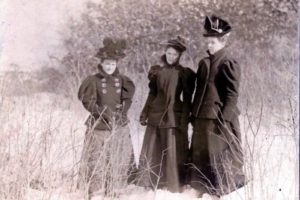 One book buyer, after browsing through my historical Around Clearwater and seeing the picture of three unidentified women  asked, “Where is Cedar Point?”   My answer was a bit ambiguous.  How do you explain what used to be is no longer there?  When I was younger, I might have told him to take Highway 152 north, turn right across the bridge, and drive down the dirt road past Michaels’ house. At the fork, turn right and go just a few hundred feet to see the river and the village island. This was Cedar Point, and little was left of the early settlers’ beloved spot. Now, I had to tell him to head north on County Road 75, turning east once past the dam. Maps on my cell show it is now called Franklin Rd. Go with the curve of the road a half-mile or so and take the road that leads to the right.   Now private property,  the little village park sat where half-million-dollar or more homes now stand.  Beware;  Locals aren’t necessarily invited to have a picnic on the owner’s property.

Clearwater has many historic homes, businesses, and landscapes waiting to be explored. I’m pondering where to go next?

Book clubs and other groups:  I’m waiting for an invitation to come to your group.  Just send me an email.  I love talking about Minnesota Main Street Women.